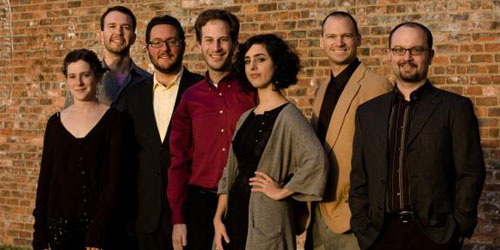 This post first appeared on the Lawrence University Composition Blog. Professor Joanne Metcalf asked me to write a bit about this piece and about my life since graduating from Lawrence in 2006.

The wonderful NOW Ensemble will perform a work I composed for them in 2010 called Memorial, written in honor of the late Jeffrey Cumpston, my high school band teacher and a close friend. Jeff was living in Zimbabwe with his family, teaching at an international school in Harare when he was killed in a bicycle accident in 2009. He was an incredible man, and had a profound influence on me when I was growing up. Though he was primarily a jazz drummer, he exposed me to jazz, classical music, folk music from around the world, and more, all with the same sense of wonder at the diversity of human expression.

Memorial is an attempt to honor Jeff’s influence in my life by creating a piece that I thought he would have liked. Jeff had the rare ability to listen to his students to understand their lives, but also listen to the potential that each of us had and to push us to achieve it. All music requires listening, but this piece is written so that all the musicians must listen to each other in order to perform it. The music is written in “spatial” notation where each note is played in time based on its position on the page in relation to all the others, not with traditional meter. All the musicians read from a score with all the parts, and so they must always be listening to their ensemble partners to know when to play their parts. Like in a living ecosystem, everyone must lead and react to their neighbors while working towards a common goal. It is a reflective tribute to a musician, father, and teacher who cared enough to really listen.

Life after Lawrence: After I graduated in 2006 I went to the University of Oregon to do a Master’s in Jazz Composition. I was a Graduate Teaching Fellow and had the wonderful opportunity to teach undergraduates while I was pursuing my own goals, which included getting better on my instrument, and to continue to write music that integrated my diverse musical interests into a cohesive statement. After I finished my degree and spent two more years in Eugene, Oregon, I moved to New York where I live still. As I try to continue achieving my musical goals it has been a big challenge to “pay the bills” both musically and financially at the same time, but I can say that this struggle has pushed me to learn many new things and to expect more of myself than I ever had before. Life as a musician can be challenging, but the struggle has made all the great experiences I’ve had with friends in music that much sweeter.