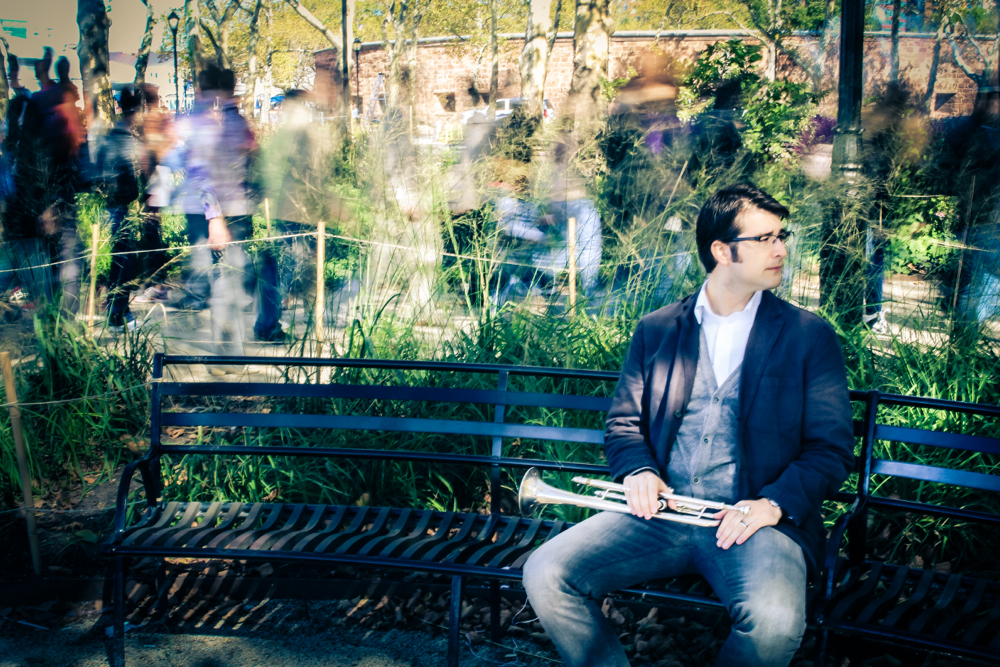 Awake! Awake! is a concert-length program of original compositions and creative arrangements of traditional American folk tunes for AnyWhen Ensemble featuring special guest Wayne Horvitz on piano. It is titled after the traditional folk ballad of the same name whose melody and poetry inspired this sublime meeting of chamber music, jazz, and American roots music. In the song, a man stands outside the home of his lover, hoping she will wake up and come away with him:

This beautiful melody with haunting words about love and loss would be heartbreaking enough on its own, but when I heard them coming from the bold, yet fragile voice of the little-known ballad singer Dillard Chandler, it instantly became a part of my own musical soul. I sang it to myself as I walked down the street, I sang it to my son when I rocked him to sleep, and I felt destined to perform the song with AnyWhen Ensemble.

Chandler’s haunting performance of this song appears on a recording called “Dark Holler: Old Love Songs and Ballads,” an album of folk songs collected in the mountains of North Carolina by John Cohen in 1963. This singer, who lived an old-fashioned life in a rapidly modernizing world, has a light tenor voice, with a range that is impressive for someone with no training, and a raw emotional power that is unforgettable. The songs he sings would have traveled to America with his immigrant ancestors like reminders of home they could sing to themselves and their families, just like I did as I learned this song. But most importantly, when I heard Chandler sing for the first time, the quality of his voice and his simple, straight forward delivery was so similar to mine, that I felt that I was hearing my voice coming to me over many years and many miles of separation. When I said “destined” before, this is what I meant.

This program embodies the lonesome heartbreak of this ballad, but with AnyWhen Ensemble’s rich timbres and passionate improvisations, the music invites the listener to share not only in the bittersweet of lost love, but also to celebrate the ecstatic joy of love realized. The other compositions on the program were inspired by the poetry of Awake, Awake, like “Almost Day” a lilting piece in 3/4 that joins the voices of the group together in joyous counterpoint, like birds at the first light of the day that the speaker of the poem might have heard as he stands outside his love’s window.

Also on the program is one of my favorite folk melodies, “John Hardy,” a ballad about a murderer who runs from the law. It begins with a slow, dark version of the tune, transitions to poignant trumpet improvisation and a piano improvisation that gathers momentum towards a thrilling, upbeat version of the tune with a descant-like countermelody inspired by fiddle playing. All of these compositions are connected by short variations on the ballad theme, so that the whole program feels unified in its construction, yet still surprising in the twists and turns of unfolding story.

As I was preparing to share this music with audiences, presenters and educators I knew I wanted to take the time to tell the story behind the music. I’m a thoughtful composer, and we are a thoughtful ensemble. We want to put the music in the right context so that your audience will understand where we’re coming from, even if we have different backgrounds, ages or ethnic heritage. The mix of circumstances and motivations that brought this set of music into being is unconventional and multi-layered, but the way I feel about it is simple — this music has planted itself deep into my heart, and I want to share it.

I look forward to bringing this music, this story, and the beauty of the American roots tradition to your audiences. The program as a whole takes the listener on a journey through so many of the tributaries of the great river of American music — chamber music, jazz, gospel, ballads, blues, and more, all brought together into one, unified statement. I’ve prepared these excerpts of the program to give you an idea of how the music sounds and feels in a short time in the player below. The compositions in order are: Awake, Awake!, Almost Day, Sleeping Blues, John Hardy, and Dawn Chorus. I hope you enjoy the music, and please contact me to talk more about bringing the ensemble to your venue.

To hear more music visit us at Soundcloud or the AnyWhen Ensemble page.

Compositions and Arrangements in Awake, Awake! by Douglas Detrick.